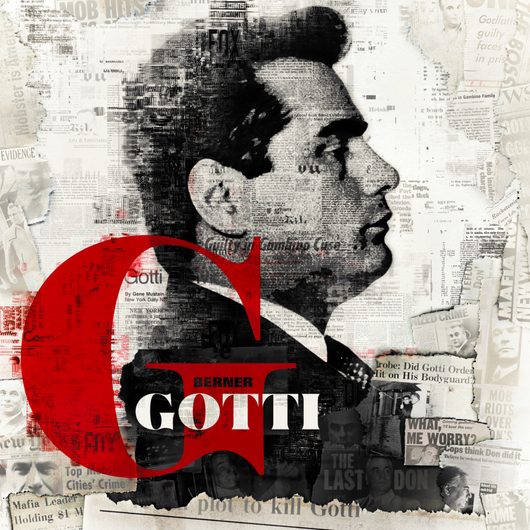 Description:- Berner Pound For Pound Lyrics are given in this post. This is a Brand New Song. Berner, John Gotti, Mozzy, Conway the Machine, Styles P & Benny The Butcher has prepared this song from Gotti Album. The song is releasing on 3rd December 2021.

[Intro: John Gotti]
I don’t think, pound for pound, John-
I don’t think there’s a more sincere, better guy in this fuckin’ world than me
Th-the more for everybody
You could see-see what I got, you could see what I got compared to what other people got
And I can’t believe what I read and what I hear
I don’t know who this guy is that they’re talking about
Maybe somebody could introduce me to him someday
I don’t believe ’em

[Pre-Verse: Berner & Mozzy]
I told Benny I got plenty
Machine, what up?
Mozzy, Gangland

[Verse 1: Berner]
They treat us like pharaohs, AK with two barrels
Used to have a bitch sellin’ pussy for mе on O’Farrell
In the middle of thе candle, there’s a twenty grand stack
Heat the glass, pull the wax out, and cut that bitch in half
Carbon paper ’round the paper, makin’ fifty stack flimsy
Feelin’ like a magazine, sendin’ cash gets tricky
I’m bags not blicky
No smalls in the pack
When they froze the bank account, I thought I would fall back
I miss Encrochat, used to wipe my phone clean
Three times a week, different level to the stream
Throw a few Gs on each, I’m somewhere out of reach
When the phone loses service, I’ll be back in town with heat
My old plug out in Maryland, got caught up with some heroin
Controlled buy at the four-point Sheridan
Fuck a snitch, let ’em die slowly
Around here I’m the big homie, the top [dogs] only

[Verse 2: Mozzy]
Yeah
The opposition ain’t no competition
Loaded chopper in this Honda Civic, I stay on top of business
It’s sneak dissin’ when you not specific
The DA gave that boy a deal, he turned it down, he’s very optimistic
Perpetrator, baby, not the victim
We unforgiven when it come to trippin’, it spit out double digits
You want this Pacquiao? Then come and get it
I put them boogers ’round my Granny Goose referrin’ to this flooded image
It’s hard to leave ’em when you love the trenches
Where was the love when I locked and you ain’t come to visit?
They cracked the code, went through the phone and ain’t find nothin’ in it
You touch a ticket then you tuck a ticket
Tell ’em run the trinket, yeah
We money motivated, fuck these bitches
We pull up at back to back to back in all these younger Benzes
I never ratted, that’s a fact, it ain’t no smut on niggas
Said all this hustlin’ got me up on niggas
What’s up with niggas?

[Verse 3: Conway the Machine]
Street nigga since a young boy, knee-deep in the game
Cookin’ up before school, school clothes reekin’ of ‘caine
Always keep it a hunnid, you better keep it the same
Niggas’ll rest in peace you just for a small piece of my chain
Need to refrain from ever speakin’ my name
Call my shooter, Method Man, one call, he bringin’ the pain
Say they just your homeboys while police think you a gang
The people can’t wait to hit you with RICO, think it’s a game
And the feds applyin’ pressure to the weakest link in your chain
Now listen to the weakened chief in a unbelievable strain (Talk to ’em)
Say they shooters, believe you me, we do the same
Scopin’ a beam on that mop, I’m just increasin’ my aim (Yeah)
Nobody do it how we do it
Educated, luxury, coke rap, street music
The impossible? You seen Machine do it
Made fifty off a thousand dollar pounds of mid, those the G-Units

[Verse 4: Styles P]
Tell niggas, “Cut it out,” they barely got heart
Tell ’em, “Cut it out,” hoppin’ out the coupe, gun butt ’em out
Throw ’em in the passenger, maybe it’s the Porsche
Or the NSX Acura, let me be accurate
Money in the vacuum in a house made to clap at ya
Fuck about your shooter
Me? I got a homie that’ll throw you off the roof
Vaycay in Aruba, he could dog food uzi in a Uber
I been outside since Dougie Fresh, Slick Rick the Ruler
Violate? That’s a shot to your medula, point-blank
I could run the point
Take my points, that’s how point rank (That’s how I rank)
Nevermind all this plug lingo
The Ringo, hellcat engine, I would have dubbed Nino (I would have dubbed him)
If this was New Jack City, I would have shot him in the face, brought the crew back with me
Yeah
From the first to the thirty-first, we outside doin’ dirty work
If you got it from the mud, you was dirty first

[Verse 5: Benny the Butcher]
The Butcher comin’, nigga
When this rap shit over, I at least need twenty out it, M’s
So I’ma need less friends and more money counters
Perfect life for who? That’s what y’all think?
That’s funny, how? ‘Cause I’m stressed
I guess I just don’t deal with no money problems (Money ain’t a problem)
How to make a million dollars? Guess I’m the perfect example of it
Well, streets guided me this far, so how can’t I love it? (How can’t I?)
I used to take three hundred grams and cut it (Yeah)
I trafficked strapped, pistol tucked down my belt line with a handle rubbin’
On my white boy shit at the Mandalay chuggin’ beers (Yup)
Brought a chip to my town like a Tampa Bay Buccaneer (Griselda)
Niggas say they ’bout to drop but got nothin’ I wanna hear (Ha ha ha)
Your first mistake probally thinkin’ I fuckin’ care
They was out to get the squad but look at us now, it’s too late
Alphabet garage, C-L-S, R-T, Q-8
“Fuck the streets, you a rapper,” That’s how my plug used to tell it to me
Fell out when I wanted a quarter-brick and he wouldn’t sell it to me (Sell it to me)
Fuck ’em
The Butcher comin’, nigga

[Outro: John Gotti]
Dictated that I take each course I took
I didn’t have any multiple choice
Black and [?] hair
[?] five hundred dollars in this [?]
[?]
That was the only door open

Thanks For visiting our site. I hope you have find the Berner Pound For Pound Lyrics song which you want to read. For more upcoming English song please stay tuned with us.