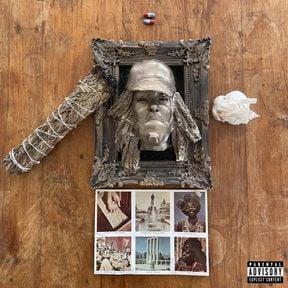 Description:- Earl Sweatshirt Lye Lyrics are given in this post. This is a Brand New Song. Earl Sweatshirt has Prepared this song. from  Sick! Album. The song is releasing on 14th January 2022.

[Verse]
Same one that I forgot to praise, still above me
One thing about it, I’ma beat ’em to the punches
Stumped all day, thinkin’ mama, where the love went?
With every triplet of trips around the sun
Some of the sludge get thicker
I’m chippin’ away at crust
Hold your head ya shit is in for a whole ‘nother bust
Roamin’ the citadel
On foot eleven when the spliff gave me a rush
Play in the cuts like a DJ
Let me know if you wan’ tangle with some lemon merengue
Wallabees sole stained gum
Explorin’ a couple different avenues and stayin’ dangerous
Day drunk, yuh
Sometimes the pain sit and fester into hate, beloved
I’m workin’ on it
It’s worth the time (It’s worth the time)
Further down the line, you might realize
What’s yours obviously mine
Toss the sword back into the vines
Callin’ out for Lord, lookin’ low and high
Finally found it at the core of my dimming fire
It’s a little loss, what’s a little lie, lye, lye
Tell ’em

[Outro]
Gotta make it straight
Get a jar, it’s hot
The longer you can stand it, the straighter it’s gon’ be
I gritted my teeth, my eyes watered, my nose was runnin’
I couldn’t stand it any longer
Then my head caught fire

Thanks For visiting our site. I hope you have find the  Earl Sweatshirt Lye Lyrics song which you want to read. For more upcoming English song please stay tuned with us