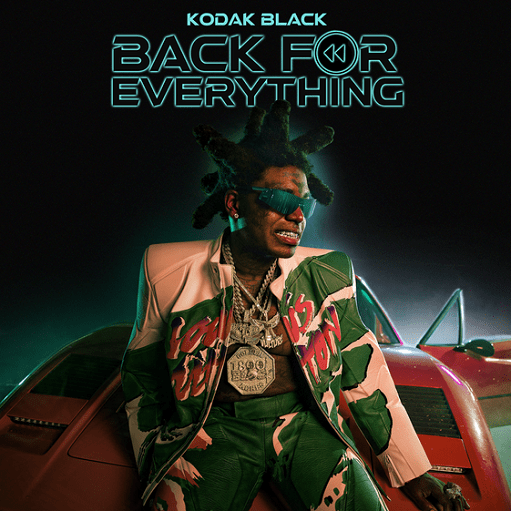 He Loves the Streets Lyrics Kodak Black | Back For Everything

Description:- He Loves the Streets Lyrics Kodak Black are given in this post. This is a Brand New Song. Kodak Black has Prepared this song. The song is releasing on 25th February 2022.

Song:– He Loves the Streets

[Verse]
I done been around murderers and burglars and all that shit
But they ain’t rich as this
And all the killers and drug dealers I know been tryna beat the streets forever
But they ain’t did it yet
‘Cause ain’t nobody defeat the street life
Tryna run the streets and get away with it
You and your dawg on the block so strong for so long
You get locked and he don’t pay a visit
He got sentenced, came home, did a bid, came home
Then went again ’cause he don’t get it yet
And the judge gave Midget a hundred years
He wanna come home, but he ain’t finished yet
Doin’ the wrong things with my power that God gave me
God gave me power, I used it for Satan
Instead of spreadin’ love, I be growin’ evil
Instead of liftin’ my niggas, I tell ’em, “Kill people”
He gon’ lie with his heat, he don’t need the keys
He’ll be fine in these streets, you can let him be
He gon’ die in these streets, it ain’t no in-between
He gon’ die in these streets ’cause he don’t wanna leave
Gotta get up out these streets, they say that karma real
Gotta get up out these streets before they kill Bill
He feel like if he ran these streets, then he could run the world
He losin’ feelings for his children and his old girl
Losin’ feelings for his mama ‘nem ’cause he love the streets
He losin’ feelings for his family ‘nem, his mammy ‘nem ’cause he love to beef
Ain’t nobody beat the street life, and I already got my street stripes
So I’ma get up out this darkness before my past haunt me
I’m twenty-one, I been here before like a thousand times
I’ma make this song cry, I wrote about a thousand rhymes
Pain, they take me in vain, they entertained by it
Niggas talkin’ ’bout my homie and I’m slangin’ K’s ’bout it
I’m so quick to make this 9 stretch, I’m on that gang violence
Tryna get up out this mindset, it’s like I’m chained by it
Gotta switch up all this shit before they get me
And catch me down bad like they did Biggie
They know I’m thuggin’ to the tee like my name Grizzley
I’m on the ugly when I’m free, I’m in them same trenches
When I ain’t busy, I’m in these streets, I’m in them same trenches
Hangin’ with losers, I make ’em forget that they ain’t winnin’
My house bigger than his mama crib, but I be still in it
My nigga been gone for five years, but I be still visitin’
I’m sippin’ lean and poppin’ pills, you think I got the remedy
At least if I got killed in the field, it wouldn’t be for anything
‘Cause that’s where all my lyrics came
So that’s where all these millions came
Life gave me lemons, but I ain’t know how to make no lemonade
I made grenadine, run around on heavy beans
I’m tryna be a better me, but niggas, they wanna intervene
I took my mama through a bunch, my baby still strong
I heard the good die young, so I gotta live long

He Loves the Streets Lyrics Video

More New Song Recently released from album: “Back For Everything Album“ (2021)

Thanks For visiting our site. I hope you have find the He Loves the Streets Lyrics Kodak Black song which you want to read. For more upcoming English song please stay tuned with us.