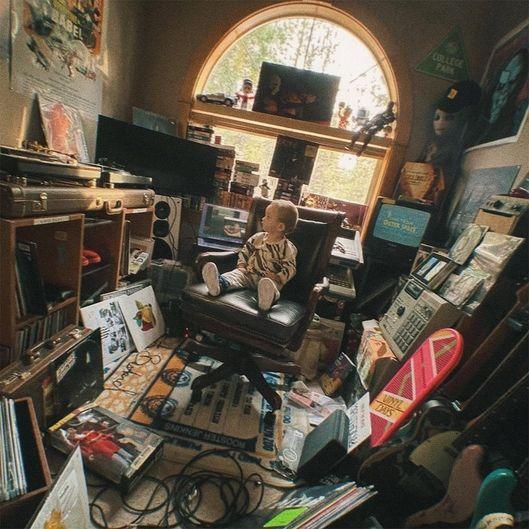 Description:- Quasi Lyrics Logic are given in this post. This is a Brand New Song. Logic has Prepared this song from Vinyl Days Album. The song is releasing on 17th June 2022.

[Intro]
Ayo Quas, ay Quas pick up the fuckin’ phone, it’s your cousin Melvin, bro
Listen man, Madlib out here doing records with Logic and shit
Don’t nobody give a fuck about that
Don’t nobody want that shit
We need Quas back man
Come on, come on man
Fuckin’ rap, bro, what the fuck you doing?

[Verse]
Yeah
Madlib my man, come the fuck back, damn
Show the people that you understand what I’m sayin’
Quasimoto flow, toe to toe with any spitter
Hey, pop needs you in this company to black John Ritter
In the lab, you said, “people don’t wanna hear my shit”
I should smack you brother, they revere that shit
Come back, run it back, neutralize ’em like Men in Black
From stone’s throw to Madlib invasion
Ask any fan on the street, they’ll say your shit is amazing
The G.O.A.T., a legend, a god amongst men
Greatest producer alive, number one out of the ten
Egon would say that shit’ll prolly make you feel uncomfortable, don’t it?
But it might bring you back, won’t it?
Quas and an MPC is no match for any opponent
One of the greatest alive, nobody could argue
Just come back man, the rap cats would never dog you
I had to write you now or else I prolly never would
I don’t want you full of regret like, “damn man, I shoulda”
I don’t think you understand what you instilled in me
Hip-hop from J-Lib to Mad Villainy
You are the sound of our ancestors
Come back and rap man, that’s killin’ me

Thanks For visiting our site. I hope you have find the Quasi Lyrics Logic song which you want to read. For more upcoming English song please stay tuned with us.