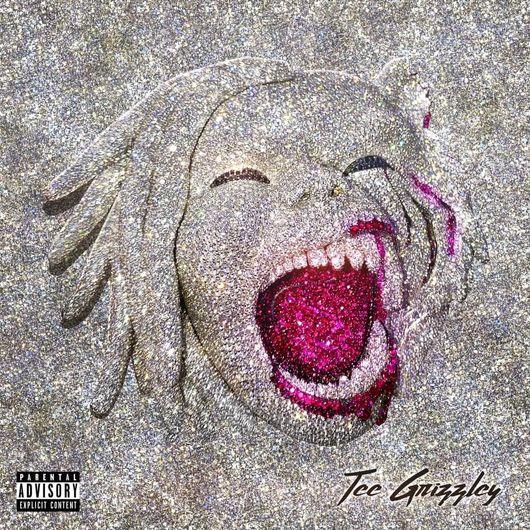 Description:- ​​Robbery Part 3 Lyrics Tee Grizzley are given in this post. This is a Brand New Song. Tee Grizzley has Prepared this song from Half Tee Half Beast Album. The song is releasing on 15th April 2022.

Album:– Half Tee Half Beast Album

[Verse 1]
On the prison bus, can’t jump out the window, it’s a gate
See it in my face, I got a L in the state
Thinkin’ to myself, “I coulda took them bitches on a chase”
C.O’s on bullshit if you ain’t the same race (Damn)
Won’t understand what happened, I thought you was big time
I told ’em, “Karma came back, I had to get mine” (I had to)
I hit the cell by myself, really sick now
But this what it is when you the opposite of 6ix9ine
A month passed, I been tryna call my bitch (Damn)
She ain’t pickin’ up, I sent some niggas to her crib (Go check her out)
It’s crazy, I left all my money with that bitch
Lawyers gotta get paid and ain’t no money on my shit (This shit bullshit)
She pick up, like, “Nigga, you ain’t realize I’m leavin’?” (What?)
“But I got you, I know you hurtin’ and you need it” (Man)
I gave your mama fifty, but the rest of that I’m keepin’ (Okay)
Nigga, you got life, where you at, you ain’t gon’ need it (Alright)
She hung up, I felt the words in my chest
My mama out here trippin’, now she playin’ with a check (She green)
I love her but I know she ain’t really got my back
She the type to buy a ‘Vette, hit the mall, blow the rest (Boutta be gone)
Everybody after that I called shitted on me (Straight up)
I know the bros doin’ bad, they depended on me (Damn)
I’m in here with a sword, I’m around different homies
Can’t hide that, I gotta hit the yard with it on me (Got that bitch on me)
Years passed and I ain’t get no visits, no mail (At all)
Ain’t got no hope for gettin’ out ’cause I won’t tell (I’m silent)
Beef on this prison bid, I ain’t takin’ no Ls (None)
Came back from yard and niggas cleared out my whole cell (Where all my shit?)
They tryna get to me, it worked, I’m on took (I’m on it)
I told my neighbor, “Let me holler at you real quick” (Ayy, come here)
I said, “I got a band, tell me who hit the lick” (Who you see?)
A good spin move, I ain’t gon’ give this nigga shit
He like, “That’s a bet, but I only know where one at
He in Cell thirty, go there, you might not come back
This the number where I need you to send that one stack
313—,” I walked away on his dumbass (Fuck off, nigga)
I’m ’bout to fuck the yard up (Fuck it up), butcher niggas
Do ’em dirty, whoever in Cell thirty gettin’ carved up
I’m feelin’ like I went dead, lemme charge up
Still doin’ drills, niggas better have they guard up (Have your guard up)
I blow down on Cell thirty and it’s open (I’m in here)
But ain’t nobody here, I move demon, bitch, I’m posted (I’m chillin’)
Later on, niggas came back but ain’t noticed (What up?)
I came from behind a nigga locker and now they frozen (It’s bitch, bitch)
Hit the first nigga in his neck, he started chokin’ (Bitch)
The other nigga threw his hands up like he posin’
Put that metal to that nigga head like a Trojan (Trojan)
Spartan (Spartan), knight (Knight)
Smoke ’em with a knife (Smoke ’em with a knife)
Take somethin’ from me? I’ma come back for your life (Come back for your life)
A nigga say my name, he gon’ tell you I’m a striker (Striker)
Half of the niggas I shot was tryna fight (Got blew down)
The police took me to the hole later on that night (Fuck)

[Verse 2]
I get a letter, I’m like, “Fuck is this about?” (Who this?)
I’m thinkin’ like, “This ain’t for me, it went the wrong route” (This ain’t for me)
I seen a name instantly and lose all doubt (Damn)
This the bitch that had all them cameras on her house (She got that shit)
She like, “Dear Tee, I feel so ashamed
Guilt-trippin’, feelin’ like I took you out the game
Your niggas turned on you, they don’t even say your name
And your cousin ’bout to have a baby with your main” (That’s crazy)
“But fuck all that, I’m tryna get you out the pen’
The lawyer told me we can appeal that and win
You got a good chance, we gon’ fight that bitch again
I still got that money, we gon’ pay the lawyer ten” (Say less)
“Don’t ask why, I just had to come and get you” (Okay)
“Probably the last thing you wanna hear, but I miss you
I feel like you the realest even though we had our issues
You ain’t had to get mad and hit me with that pistol”
I’m fucked up (I’m fucked up), America wouldn’t expect it (Damn)
I was ’bout to die in prison, now I got an exit (Out this bitch)
The ones that left me was the ones I respected (No cap)
I got my life back, nah nigga, ain’t need a blessin’ (Ain’t need a blessin’)
We hit court, I’m nervous, can’t even front (I’m scared)
The lawyer got to eatin’ that bitch up like a lunch (Goin’ crazy)
The cameras saw a nigga with a hoodie and a gun
Girl said it wasn’t me, the prosecutor lookin’ dumb (Talk yo’ shit)
The judge like, “That ain’t what you said last trial, woman”
She like, “That’s my man and he cheated so I lied on him” (No cap)
“But in all honesty, he innocent,” judge shook his head Looked at her, looked at me and he dismissed that bitch (Let’s get it)
Back home (Back home), first day out
I’m bendin’ her over, her back strong (Her back strong)
Gotta call my plug, that bidness, we back on (Let’s get to it)
All them boys that left me in prison get stepped on (I’m on y’all niggas ass, nigga, y’all know that)
Ayy, get down on my knees, say, “Thank you,” to Jesus Christ (Amen)
Ol’ girl came and helped but this shit ain’t right
If she testified once, then she’ll do it twice
I can’t do it right now, but soon, I’ma take her life (This bitch a rat)

Thanks For visiting our site. I hope you have find the Robbery Part 3 Lyrics Tee Grizzley song which you want to read. For more upcoming English song please stay tuned with us.